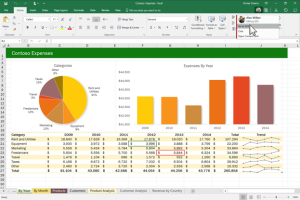 When I was reviewing some site stats last week, I was surprised to note that one of the most popular posts on this site is from February 2010 called Co-Authoring in Excel 2010: Not Supported (Use the Excel Web App Instead). A lot has happened since February 2010 […]

No Laptop Onboard. Now What?

Almost a decade ago I wrote about my mobile office using an iPAQ 212 and foldable Bluetooth keyboard. With new requirements out of the US (and now the UK) around no laptops on board under specific conditions, if you still need to get work done while enroute or […]

As a frequent presenter of workshops and other meetings involving slides, the Logitech Professional Presenter R700 has been my traveling companion on many, many trips. It is one of the “must have” devices in my travel bag, almost regardless of whether I’m scheduled to give a presentation or […]

On just about every flight I’ve taken recently, a voice from the front of the plane has read a statement to the effect of: “The United States Federal Aviation Authority has limited the carriage of the Samsung Galaxy Note 7 device. If you have one of these in […]

The “Other” Consideration of Collaboration Tools; Welcome to the New World of GDPR

Collaboration tools provide amazing capabilities for helping people work together across time and space, and selecting the right tools for your organisation is important. However, there’s another side to the whole area that I haven’t often written about on this site: compliance. And if you or your organisation […]

BlueJeans Network announced the introduction of BlueJeans Huddle, a new way of setting up meeting rooms for video conferencing: The BlueJeans Huddle system is a combination of standard hardware and BlueJeans proprietary software that can turn any room into an interactive meeting space for a fraction of the […]

At its reveal event in New York yesterday, Microsoft introduced the Surface Studio, its first desktop computer under the Surface brand. Basically it’s a very large Surface Pro or Surface Book (with a 28″ high-resolution display), made in such a way to enable “creative professionals” to draw and […]

Where were we again? Re-starting that last meeting

I’m sure you’ve been in a meeting where you had to pick up where you left off from last time … and the quick questions are “What were we talking about again?,” “Where did we get to?,” and “What is unresolved?” There might be a mad scramble for […] 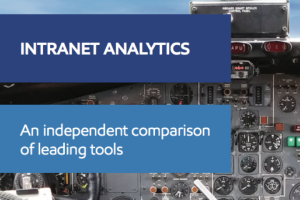 At the end of 2011 I published Collaboration Roadmap, and then faced a decision about what to do regarding User Adoption Strategies. That first printing had sold well, and with only 50 copies left to sell, I could just order another print run or alternatively write a second […] 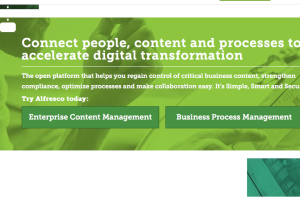 Alfresco is an enterprise content management and business process management vendor. In the early days, Alfresco cut through the noise due to one of the founders being ex-Documentum, one of the players-to-beat in the ECM space at the time. Over the years, the firm has matured its offerings, […]