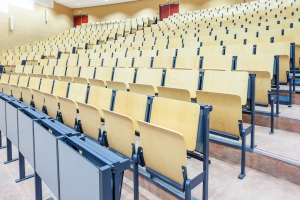 When Sitting in the Front Row Isn’t Great

When Death Rushes Up

This is not a good way to greet the morning. Some words of tribute from afar … When death rushes up, We meet it as we are. For some it comes swiftly, from the metal of a car. For others the knife wounds, from the assailant himself. For […] 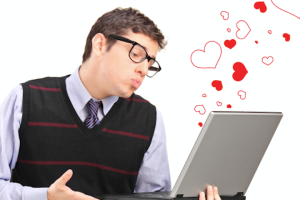 It’s a common question: Can I pack my laptop in checked-in luggage? The general consensus is “no.” To wit: There’s nothing saying you can’t, however, I definitely wouldn’t pack my laptop in my checked luggage (especially if it was a decently nice or really nice one). Have you […]

Earlier this decade I met a friend for breakfast, and he proceeded to tell me an idea for an ambitious project. I had some doubts about the efficacy of the idea, but he lined up the support required and pushed go. And started working. And working. And struggling. […]

We’ve had a drought in the part of New Zealand I live in. There’s been little rain for months, and the ground has shown the lack thereof. But it started raining – thankfully – last week, which has been good for Canterbury, but has had a less ideal […]

New Zealand is suffering a housing crisis in many of its cities – the cost of buying a first home have skyrocketed over the past couple of decades since my wife and I first purchased a place to live. Given that I have many children who will want […]

A few years ago I was visiting Oslo to present a series of workshops, and on one evening one of my hosts drove me into the city centre for a meal out. I was intrigued by the underground/through-the-water tunnels that we drove through. With so much water around, […]

Agnes outlines her thinking on workshop length: The most common question I get about my upcoming workshop, SharePoint 2016 and Office 365 Search in Practice, is why I’ve decided to choose a two-day format. I know it could be one day. Also, it could be three days, or […] 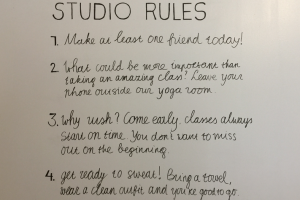 When I was in Europe last month I spent a few days in Rotterdam. Down the road from my hotel was a yoga studio that I walked past on the way to the Rotterdam train station each day, and inside the window were the above “Studio Rules.” They […]

The New Flight Mode? Bluetooth Only?

Air New Zealand is now allowing the use of Bluetooth devices in flight, a move I’m very happy with: Air New Zealand passengers will now be able to use their Fitbits to record the number of steps they make from their plane seat to the toilet, thanks to […]