Your Future with SharePoint? Looking Forward

Earlier in this series: 1 – Your Future with SharePoint? Looking Back Looking Forward In the first post, I summarised what’s been happening with SharePoint over recent years, asserted that those happenings are statements of fact (“that” statements), and asked whether statements of “that” were enough for organisations […]

Your Future with SharePoint? Looking Back

A few weeks ago I presented the opening keynote at Congres SharePoint 2016 in the Netherlands. The keynote played off Microsoft’s re-embrace of SharePoint this year (e.g., The Future of SharePoint!) and was entitled “Your Future with SharePoint?” In preparing for the talk I reviewed all of the […]

Mini-Workshop at the Office 365 and SharePoint User Group Meeting

Last week I was the second of two presenters at the Office 365 and SharePoint User Group meeting in Christchurch. My topic was to look at how Office 365 could be used to re-imagine productive work, with the caveat from Lee (the organiser) that the session was to […] 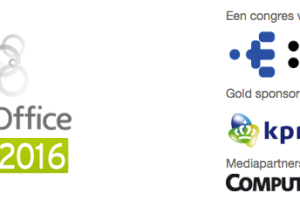 On Thursday September 22 I will be speaking at the SharePoint Congress 2016 in Utrecht, hosted by Entopic. On September 22, 2016 Entopic organizes Congres SharePoint & Office 2016. This fifth edition of the yearly Dutch SharePoint conference will give best practices around governance, roadmap design and will […]

Last week I attended the Digital Workplace Conference in Auckland. There were about 600 people at the conference, with conference sessions spanning two days, along with both pre-conference and post-conference workshops. It was the eighth annual conference in New Zealand (having been renamed from the original “SharePoint Conference”), […]

At the end of 2011 I published Collaboration Roadmap, and then faced a decision about what to do regarding User Adoption Strategies. That first printing had sold well, and with only 50 copies left to sell, I could just order another print run or alternatively write a second […]

Let’s Have Another SharePoint Failure!

The third step of taking a strategic approach to the use of Office 365 focuses on creating the right organisational context for achieving value. This is founded on the principle that any particular thing exists within a wider environment, and the wider environment either enables or constrains that […]

Thoughts About The Future of SharePoint

Some 12 hours ago (4.30am New Zealand time) I joined Microsoft’s live broadcast of its Future of SharePoint event. A few select people were actually in San Francisco for the event, and apparently 16,999 people joined me in watching the live online feed of the event. There are […]

The first meeting of the recently rebranded Christchurch SharePoint User Group – now Christchurch Ignite – is meeting on April 5. There are two sessions in the two hour meeting: Session 1: University of Canterbury’s Collaboration Roadmap – Tom Norcliffe Tom Norcliffe, Information and Records Manager from the […]