Microsoft Office 365 offers a collection of software applications for various user devices plus an array of cloud-delivered online services to both power and complement any installed software. In totality, Office 365 offers a compelling proposition to organisations that want advanced systems for productivity and collaboration without the […] 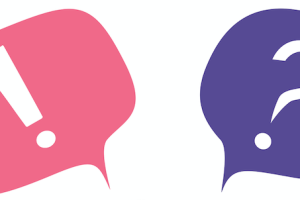 “Most Users are Fairly IT Illiterate”

During the Extending Effective Use section at the Driving Effective Use of Office 365 Workshop in Auckland on Monday, I showed the above picture. It garnered a few sounds of agreement among the delegates at the workshop (including an “I’m going to use that.”). The next slide, however, […]

Review of the Driving Effective Use of Office 365 Workshop (Auckland, August 2015)

Earlier this week I ran the Driving Effective Use of Office 365 Workshop in Auckland. The participants were generally from large organizations in New Zealand already using Office 365 (one had SharePoint on-premises, but was investigating Office 365), and were more towards the beginning of their journey with […]

The team at OnTime announced the upcoming release of its group calendar product for Microsoft Exchange and Office 365. OnTime has worked with group calendaring for many years, with much of its historical work focused in the IBM ecosystem. 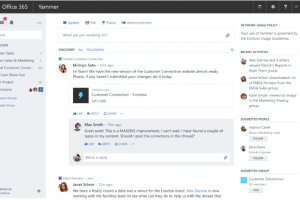 The Office Team announced another round of improvements to Yammer. The changes are part of an ongoing effort to make Yammer better for teams – those focused on projects and initiatives – as opposed to more loosely defined groups or communities of interest / practice. The new changes […]

Driving Effective Use of Office 365 – the Four Components

In Auckland next week I’ll be presenting a new workshop focused on driving effective use of Office 365. One of the ideas I’ll be exploring during the day is what effective use actually looks like, and then by implication, what you need to put in place to help […]

My upcoming workshop in Auckland has a new date and location. The workshop is now being held on Monday August 24 at the Rendezvous Hotel Auckland on Mayoral Drive. For details, the agenda, and to register, please see Driving Authentic Active Use of Office 365.

UPDATE (August 4) – New Date and Location; now Monday August 24 at the Rendezvous Hotel Auckland If you or your organisation are using or evaluating Microsoft Office 365, I will be running a workshop in Auckland in two weeks on Driving Authentic Active Use of Office 365. […]