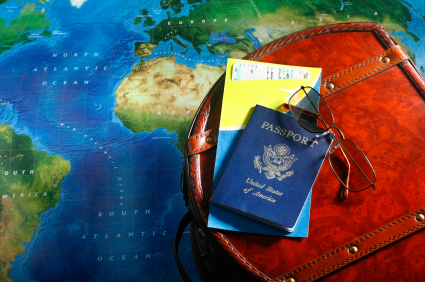 As Sam says in the closing paragraphs of The Lord of the Rings, “Well, I’m back.” And indeed, I’m now back in New Zealand … and have been so for three days. Monday was unpacking and family day, Tuesday was tidying the office day, Wednesday was PhD catch up day, and today is get back to zero day. Tomorrow it’s the start of Easter, and with that time for reflection on the very important things and family time.

The second week of my tour went well — I was pleased with it. Monday saw me holed up in my hotel room getting the final slide decks ready for the master class in London on Tuesday. As I’m sure you have experienced, sometimes you have to force yourself to stay at your desk/chair until a task is done, and Monday was like that. Knowing that I was in London, and therefore close to various friends who are normally “on the other side of the world” made that somewhat difficult at times … but I stayed put and got everything ready for Tuesday. Once I was finished my preparation, I met Lau from J Boye for dinner … and it was great to finally meet him and learn more about his work.

Tuesday I woke bright and early. Too early in fact — 2am — and I couldn’t get back to sleep. So I finally gave up, had a very early breakfast, and hit the computer once again. I worked until 6am or so, and then did the final tidying up and packing to check out of hotel and head for the seminar location. I really enjoyed walking the streets of London, and so rather than taking the Underground for four stops, I walked to Sloane Street. I had plenty of time, and didn’t have to hurry … so pulled my luggage through London, decked out in a full suit … and got to my destination with plenty of time. We kicked off at 9.30am, and went through to 4pm. Having been up since 2am, I must say that the afternoon sessions would have been really difficult to deliver if I had been sitting down … but standing and talking made it work out fine. We closed the day with some verbal feedback, and a couple of items really stood out to me: Nick said “It was very refreshing to get a non-Microsoft perspective on SharePoint”, and Stuart commented on the Seamless Teamwork presentation, and noted that I could have spent more time talking about the approach.

After we had farewelled the attendees, Lau and I stopped for coffee at a local cafe, and then headed to the Underground. I had to get to London Heathrow for an 8pm flight to Copenhagen … and made the trip in plenty of time. With the time change between London and Denmark, I arrived at 10.45pm (9.45pm London time), and then had to make my way to my hotel. Lau had told me to “take the Metro”, so at 11pm when I had my luggage and got to the Metro station, I was ready for a quick trip to my hotel. But of course … all of the instructions were not in English, and I had no clue where the hotel was in comparison to the train stations. It took about an hour to figure that out, and then once I got to the right station, the hotel was not in view. I asked a taxi driver how to get there — and by that stage was very willing to just be driven — but he said it was 200m down the road. So I walked … but it wasn’t … but I found someone else to ask … and then walked the next 1km. So while I didn’t have a lot of time in Copenhagen, I did walk the streets between 12.15am and 12.50am, pulling my luggage and searching for my hotel. I kept saying two things … (a) next time I’ll just take a taxi, and (b) I will enjoy this adventure, because it probably won’t happen again.

The Copenhagen session was due to start at 9am, and I made it … albeit my body made it, and the rest of me slowly came throughout the day. Everyone was very gracious and spoke English … otherwise we would have had some major challenges of communication. We had about double the number of the London session, and a broader spectrum of experiences. Some were deep into SharePoint, others were just getting into it, and others were wondering whether to get into it. After the session, Sara and Peter from J.Boye and I went out for coffee, and then I met some colleagues for dinner at a traditional Danish restaurant. That was a real treat … my thanks to Benny and Christian.

I worked for a while on Wednesday evening, and then tried to sleep. I finally did get to sleep, and woke up with a start at 8.32am … I was supposed to be ready for the next session at 9am. So began a fairly hectic 28 minutes to shower, dress, pack and check out … I had a banana in my room for breakfast … and was only about 6 minutes late. The morning session was with the tech-savvy SharePoint community of practice run by J.Boye in Denmark … and after they did introductions in non-English, I spoke for about an hour on “The Ethos of Seamless Teamwork”, and then we had a one-hour discussion. I finished with lunch with the group, and then when they went back for an afternoon session, I headed to the airport for a flight to Switzerland. I had two presentations to prepare for two sessions in Switzerland on Friday, and sat in the airport lobby and worked away. Once I could finally check in (three hours after arriving), I cleared passport control and security, and went upstairs. I had dinner and explored the airport shops, and did some more work on my decks for Friday … and then finally took a Swiss flight to Switzerland.

My flight landed in Zurich at 10.15pm or so, and after getting my luggage, I took a taxi to my hotel. I didn’t want a repeat of the Copenhagen experience, especially since I had to be ready to leave Zurich for Bern at 6.30am. The taxi driver was super-angry that (a) I asked him to drive me to a nearby hotel, and (b) that I paid by VISA. So that was my introduction to Swiss people … but so be it. Perhaps I should have checked first.

I was one of the first in the restaurant for breakfast on Friday morning, and then met Kevyn at 6.30am for the drive to Bern. Traffic flowed very smoothly, and we made it with plenty of time. We met Kevyn’s colleagues, and then I did a one hour concentrated presentation on the main themes of the master class, and then we had a very stimulating and thought-provoking discussion about collaboration, SharePoint, culture, governance, and more. After we said goodbye, Christa drove me to Basel for a similar session with another large corporate client … we had multiple people on a conference call from multiple different places, and the group didn’t gel as well as I would have liked during the discussion time. But, from the feedback I’ve seen, there was value gained during the session. One of the comments from the afternoon session was, “I wish we had heard this material a year ago when we started looking at SharePoint.”

And then I was done. Christa drove me to my hotel and said goodbye, I changed out of my suit and re-packed for the next day, and then I walked the streets of Basel for two hours. It was wonderful. I couldn’t understand a thing that people were saying, but it was fantastic to be in that environment.

Saturday started early, with getting a 7am bus to the Basel airport, for an 8.30am flight to London … and then a 4.15pm flight to LAX, and then one to New Zealand, and then one within New Zealand to take me home. I had an upgrade owing, so had put in for an upgrade between Heathrow and LAX … which I got. And then Air New Zealand out-did themselves, and gifted me an upgrade between LAX and Auckland. I really appreciated that … it made the final legs of my trip a whole lot easier. Thank you Air New Zealand! Although … the flight between LAX and Auckland was extremely bumpy, so sleep was difficult — there were moments when I wondered if I’d make it back at all!

But I did. And I’m here. So that concludes my tale of my World Tour for 2009. Well — almost … in conclusion, thank you to everyone who made the trip possible — Janus for inviting me and hosting me at the various European events, the people from the week before in the US, Christa and her colleagues in Switzerland for the two opportunities … and many more. I had a great time.

Blog posts in this category relate to the books Michael has written.