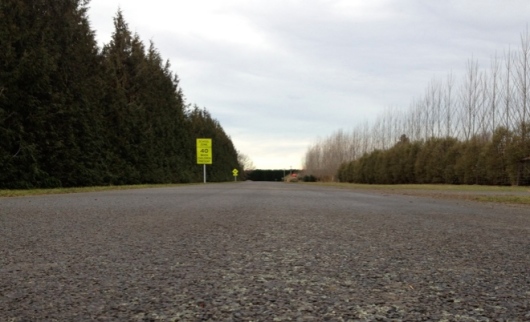 It’s late Wednesday afternoon here in New Zealand, and in two days a delivery truck will be driving down the road above with boxes and boxes (and even more boxes) of my new book onboard: the second edition of User Adoption Strategies. Although this will only be the fifth time I’ve experienced it, I’ve got to tell you that there’s a deep feeling of euphoria and completion when an author finally gets to hold a real printed copy of their new book. It’s a magical moment.

Why a Second Edition?
Back in late 2011 I noted that my stock of User Adoption Strategies was rapidly dwindling. As the publisher of the book, I faced a decision: re-print the book in its current 2010 form, or write a second edition. It would have been very easy to do a second print run—all the plates were cut, and a simple phone call to my printer would have been sufficient to get the ball rolling. Total time invested by me: less than one hour. However, the more I thought about it, the more I kept coming back to this inflection point: re-printing the book would be a good approach, but writing a second edition would be a great approach. I’ve been truly blessed to have had the opportunity since writing User Adoption Strategies (1st Ed) to work with some remarkable people around the world on their user adoption work, to hold workshops in many countries, and to learn new things. There was also another chapter that was missing from the 1st Edition manuscript, and it wouldn’t work to just slap that on the end and call it a day. If I was going to write a “truly great” second edition, I needed to take it page-by-page, and include as much of the new material as possible. I originally thought I could get the book done by February 2012, but although I worked through my Christmas vacation (getting up early every morning to work on the book), that time frame didn’t work out—due to how long it takes to write a second edition, and various travel and consulting commitments. It took me until June to get the manuscript finished. Total time invested by me on the second edition: just over 160 hours (and that’s compared to 220 hours for the first edition—or 70% of the original). In other words, (a) it took a long time, and (b) writing a second edition isn’t a quick-and-easy path to getting a new book out the door.

So in summary, I wanted to give you—my readers—the best possible book on user adoption that I could, and given everything new I’ve learnt since releasing the first edition, I decided to go with writing a second edition.

What’s New in the Second Edition?
Given that the second edition was a sizable piece of work for me, what do you get from it? There are three main differences from the first edition of the book:

The book is also physically larger—it’s gone from the A5 size of SharePoint Roadmap and User Adoption Strategies (1st Edition) to the B4 size of Collaboration Roadmap. In addition to the bigger physical size, it’s also longer—304 pages for the second edition, compared to 268 pages for the first.

What’s the same to the first edition is the basic structure of the book (why it’s important, context and models, strategies, etc), the four stages model, the set of strategies, and how to create your user adoption approach.

Finally, I also renamed one of the strategies—from “over-the-shoulder watching” to “one-to-one coaching”—so as to call out the active and proactive nature of the strategy, instead of making it sound like a brain-dead activity of just sitting and watching someone work. One-to-one coaching is consistently rated by survey respondents as a very effective strategy for user adoption, and in the book I give you an approach for justifying doing one-to-one coaching.

Just Two Days …
There you have it—the inside track on the second edition of User Adoption Strategies, why I wrote it, and what’s new in the book. It’s just two days until I get the book back from the printer, and I’d love to get a copy into your hands if user adoption for new collaboration tools and approaches is an important aspect of your work. I have a stack of pre-orders that will be dispatched on Saturday morning (New Zealand time)—will your order be one of them?

Blog posts in this category relate to the books Michael has written.